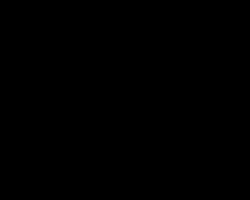 Annan hopeful over Hopkirk Second-placed Annan could have David Hopkirk back from injury as they host runaway leaders Peterhead.Hopkirk has been absent since breaking three metatarsals in November but featured in a reserve game in midweek and manager Jim Chapman will closely monitor him ahead of the fixture.Chris Jardine (ankle) and Matty Flynn (groin) will miss out, though, while Steven Sloan is rated as doubtful.Chapman said: "This is the ultimate challenge as we are facing the 'champions elect' in a really competitive league

They have an 11 point gap just now and it will be difficult to catch them and even more difficult if we don't win this game."Peterhead are missing former Annan favourite David Cox as he is not yet over his broken metatarsal.The Blue Toon also continue to be without Callum MacDonald, whose knee injury is keeping him on the sidelines.Manager Jim McInally said: "I would reckon that Annan will have a go at us as I don't think that a draw would suit them."If they do that could well leave extra space in their defence that our strikers can utilise

We won without being fantastic against Berwick last weekend and in the circumstances I would settle for a similar outcome in this game."